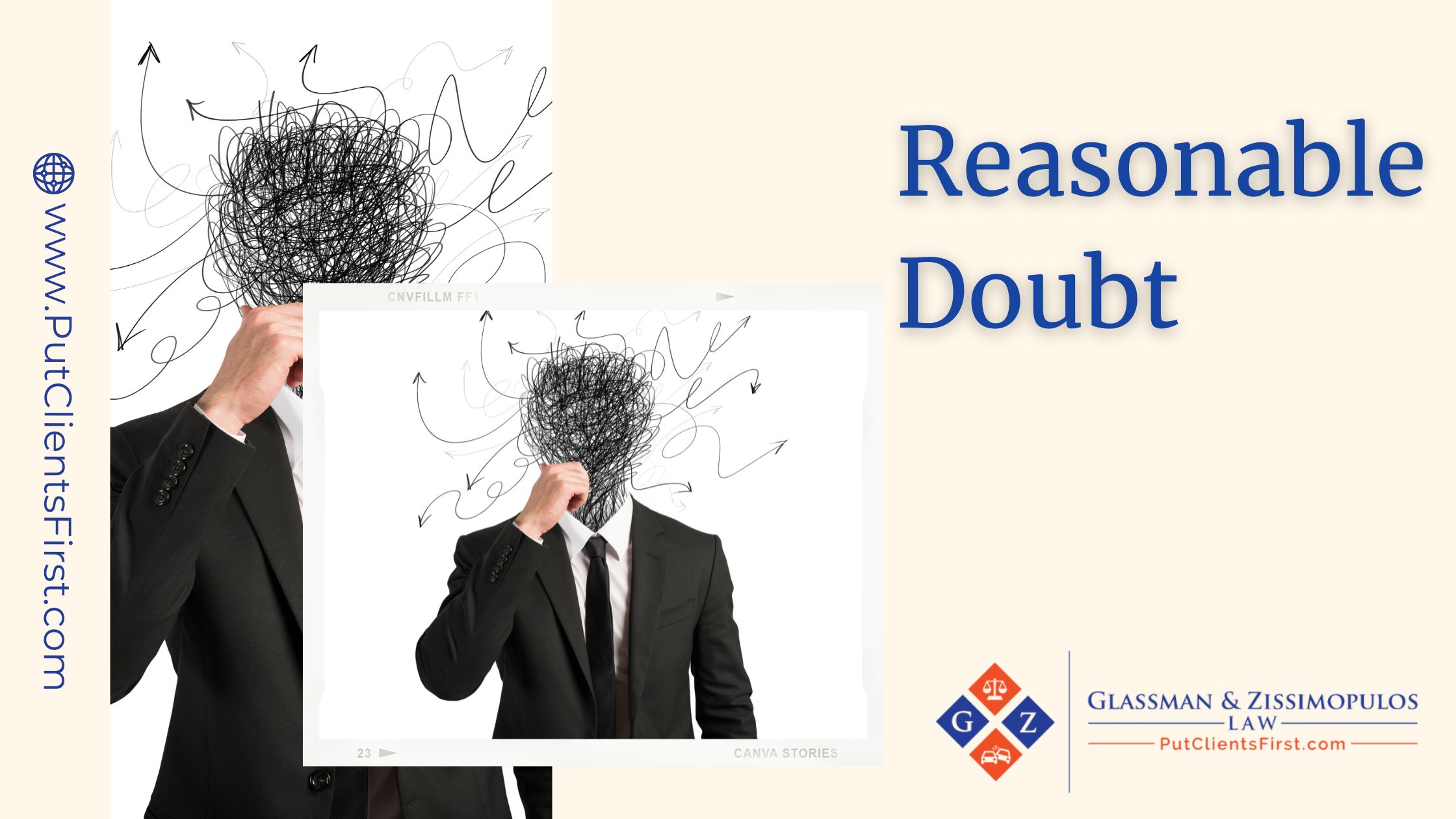 The Confusion about “Reasonable Doubt”

A fundamental part of our criminal justice system is broken.

If someone is accused of a crime in Florida, they are innocent until proven guilty beyond a reasonable doubt. But what does that mean?

In Florida, lawyers and judges use jury instructions to inform and educate jurors about the meanings and definitions of the laws.

This is the instruction for proof beyond a reasonable doubt:

Reasonable doubt is not a mere possible doubt, a speculative, imaginary, or forced doubt. Such a doubt must not influence you to return a verdict of not guilty if you have an abiding conviction of guilt. On the other hand, if, after carefully considering, comparing, and weighing all the evidence, there is not an abiding conviction of guilt, or, if, having a conviction, it is one which is not stable but one which wavers and vacillates, then the charge is not proved beyond every reasonable doubt, and you must find the defendant not guilty because the doubt is reasonable.

Read that a few hundred times and see if starts to make any sense to you. I’m a board-certified criminal trial lawyer. There are more than 100,000 lawyers in Florida; currently, only 422 lawyers have that board certification. I’ve tried many cases and thought about this reasonable doubt instruction for the last fifteen years.

Here is the thing – it really does not make any sense.

One problem is that we start the definition of reasonable doubt by defining what it is not – “not a mere possible doubt, a speculative, imaginary or forced doubt.” Then we use the phrase “abiding conviction of guilt.” When was the last time you used the word “abiding” in a sentence? These jury instructions are given to civilian jurors. Is “abiding conviction of guilt” really the best, clearest way to describe this critical concept?

Notwithstanding that issue, the instruction then does an odd sidestep and indicates that “if, having a conviction (noticeably the term abiding is not used here), it is one which is not stable but one which waivers and vacillates, then the charge is not proved beyond every reasonable doubt.” WAIVERS AND VACILLATES.  Who talks like this?

The instruction creates confusion where none needs to exist.

Consider how the jury instructions define the burden of proof, known as clear and convincing evidence:

Clear and convincing evidence is evidence that is precise, explicit, lacking in confusion, and of such weight that it produces a firm belief or conviction, without hesitation, about the matter in issue.

The clear and convincing standard will become more important in the coming years as that is the standard that must be used in the recently revised law that has expanded the self-defense immunity law, commonly referred to as Florida’s Stand Your Ground Law. When I started researching the clear and convincing standard to prepare for the changes in this law, I was struck by the clarity of that instruction compared to the reasonable doubt instruction.

A “reasonable doubt” is a real doubt based on your reason and common sense after carefully and impartially considering all the evidence in the case. “Proof beyond a reasonable doubt” is proof so convincing that you would be willing to rely on and act on it without hesitation in the most important of your own affairs.

At least, that is the straight forward definition.

Jury instructions are determined by a group of judges and lawyers appointed to a rules committee. My experience is that committee members have been open to suggestions, and fixing issues with instructions is possible. For years we did not have an instruction defining the term “impaired” in the DUI instruction, and then after years of complaining – we got one.  So, there is hope for some clarity as to the reasonable doubt instruction

Glassman and Zissimopulos is a local law firm dedicated to getting the money our clients deserve after an injury or accident.

We are a local law firm representing clients throughout North Central Florida. We have a staff of dedicated professionals who understand that everyone should be treated in the most respectful way. It’s the same way we would want to be treated if we came to you in our time of need.

We treat every client like family because, to us, they are.

We build genuine relationships and earn your trust.